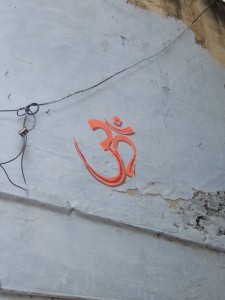 Om is one of the most popular mantras, or sacred chants, practised in yoga. You’ll often find it chanted at the beginning and or end of the class, but why?

A mantra creates a vibration through the body, different sounds create different vibrations so impact the body in various ways. The mantra OM is believed to be the sound of the universe, the first sound of creation and is said to be the foundation for where all other sounds/mantras emerge.

Yoga means union, that is the bringing together of all aspects of your being ( for example physical, emotional, energetic, your breath) with The Divine. Chanting the mantra OM is believed to connect you to the energy of The Divine.

From a Chakra (the 7 natural energy centres we have running through our spine) perspective chanting OM rises up and awakens each Chakra in turn. When you break down the sound of OM, you actually get A U M. A vibrates through your lower chakras, the root and sacral. Chanting U sends a vibration through your solar plexus and heart. M finishes off in your throat chakra and third eye.

You can also silently chant it to yourself inwardly for meditation, which helps to focus and calm the mind.

The proportion of how long you chant the AUUUUU bit to the MMMMM bit will affect how you feel. In the morning it is good to do the AUUUU longer for energising you for the day ahead, but in the evening it’s better to make the MMMMM longer as it has a calming, tranquillising affect to prepare you for meditation or sleep.

Also the sound vibration of chanting OM in a yoga class really brings everyone in the room together and helps to calm busy minds. I’ve chanted OM in a mums & toddlers class before, all the children stop what they are doing and go silent, it’s amazing!

If you have any more yoga related questions please do email me and I’ll be happy to answer them. [email protected] 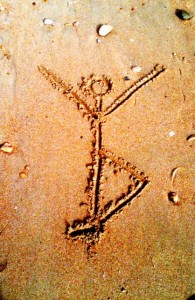 Yoga should never feel hard, it goes against the point of it. Often when discussing yoga with people who have not tried it before they wrongly assume you need to be super bendy and have to be able to balance on your head.

Of course this is something some people are and do, but you don’t have to if it’s not right for you. Some people are more strong than flexible. Some are great at sitting still whilst others fidget like crazy. We are all different. Yoga can be simply sitting crossed legged with your back straight focusing on the deep inhalation and exhalation of your breath. It can even be just lying on the floor allowing yourself to fully relax, we all love Savasana!

If you find yourself struggling in a yoga class, here are 6 ways to make yoga easier;

If you have any doubts or questions about going to a yoga class please do get in touch, I am happy to answer any questions; [email protected] 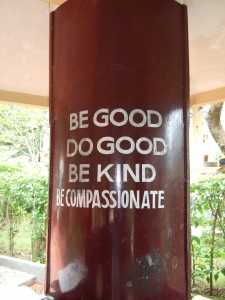 At the beginning of each yoga class I teach I set an intention, or focus, for the session. It might be something like love, being present, detachment, connecting with stillness, playfulness and so on. What is the point of it though?

I am a big fan of intention, in fact I am writing a blog/book on it. An intention is similar to a goal, something you would like to create in your life but it’s also a way of being. You can choose how you are being in every moment of life by having the intention to do so. The idea is that what you want in your life you can access within you right now, it’s a way of “being the goal”.

For example if you are looking for love, then be love. Be loving to yourself and everyone you come into contact with.

If you want less stress then be peaceful.

If you want more money, be giving, open up to an abundant mindset and be grateful of all you have.

In a yoga class when you set an intention you have an opportunity to explore different ways of being in life and what impact that has on how you think and feel. How we move our bodies reflects what is going on in our mind. For example if you are very goal driven and caught up in a mindset of trying hard and striving, then you might be quite forceful, direct, tense in your body and your movement. Playing around with focusing on being peaceful instead, consciously relaxing your body through out the class will give you a different experience of being. From this insights may appear that you can take into life off the mat.

A great way to test this is when you are feeling a bit down to go and skip down the road, or hula hoop. I guarantee it will lift you out of the state you were in.

So back to intention, by focusing on a way of being for the hours class it will start to create a shift in how you are thinking, feeling, breathing and moving. I love intention, it simply empowers how you are in your life.

How about trying out and setting an intention for today?

My intention today is least resistance, I am going to move through my day relaxed, not trying to force anything to happen or having the need to get across my point of view. I am just going to go with the flow and enjoy the day with ease. Sounds lovely….. 🙂

The beliefs we have about ourselves and the world around us can rule our lives. The positive beliefs serve and support us where as the negative ones can really hold us back if we are not careful.

Beliefs have a tendency to become self fulfilling prophecies. I’ll use a very common one as an example – “I am not good enough”;

Belief – I am not good enough.

Expectation – If you believe you are not good enough you will go into a situation with that expectation in mind, whether it’s conscious or unconscious.

Behaviour – The expectation of not being good enough will affect how you behave in the situation, again consciously or most often unconsciously. For example in a yoga class not feeling good enough may hold you back from challenging yourself to the next level, trying something new or even going to a class at all.

Outcome – Your behaviour will affect the outcome, for example by not trying something new/ challenging yourself/ going to the class you will never get past the point of where you are at now, keeping yourself stuck feeling not good enough.

The outcome then reinforces your belief and the circle goes round again.

The thing is we have generally made up our beliefs during our early childhood when we didn’t have the adult wisdom we have now. They have been going round and round like this in our minds gaining strength over the years until we can’t see things any other way. We were not born as babies with these negative beliefs and they are not the truth.

Our positive beliefs also work in the same way but the difference with them is that they support us. We also often have concrete evidence to support them, like results we have achieved, feedback from others  and so on. The negative ones are just meanings we have made up to the outcome of situations based on childhood experience and decision we made about ourselves back then.

We can change our beliefs, we made them up before so we can make them up again!

Once you have acknowledged what your negative belief is you can start to question, why is this rubbish? Often we don’t ever bother to do this so just questioning it can start to break it down.

The next stage is to work out what you would rather believe, what would support you in life rather than hold you back?

Repetition of this new belief will start to build new neural pathways, thought patterns, to become the way you think. Also creating evidence to support it will help to. This is where your yoga practice comes in.

Notice in yoga where you feel challenged, where you stop and maybe drop into child’s pose instead of trying something new. Notice what you say to yourself in those moments. This could be evidence of a belief you are holding on to.

Then step out of your comfort zone and try something different. I’ll give you a personal example of where I have experienced this through yoga and it shifted my mindset.

When ever I was in a yoga class and people would start to go up into headstand I wouldn’t even try. I wasn’t good enough yet, I wouldn’t be able to do it, there was no point in trying. There was also something there around asking for help, I didn’t like to, I was self sufficient I didn’t need to ask. Until one day determination took over and I decided to challenge myself, I also asked for help!

The teacher helped me to get up into headstand and stood by me while I was in it to stop me from falling over backwards. This was my biggest fear, that I would flip over and injure myself. Over time, practising and practising I gradually was able to get up there and stay on my own. Of course I had flipped over a lot before then, and this taught me that it’s ok to fall and it’s nothing to be scared of, it’s all part of the journey.

Mastering a pose that I had been scared of and didn’t think I was good enough to do backed up more empowering beliefs like “I can do anything I set my mind to”, “It’s ok to ask for help” and “I am good enough”!

It was after mastering the headstand that I felt I could train to be a yoga teacher. Which is crazy as I now know as a teacher you do not have to be able to do a headstand, it’s not a requirement, but it was just something that shifted my confidence anyway!

If yoga is something you’d like to try but you have been putting it off because you aren’t flexible/strong/ calm minded enough then just give it a go anyway! There is no set requirement for yoga, we are all different.

If you already practice yoga look for opportunities to challenge your beliefs and empower yourself in life.